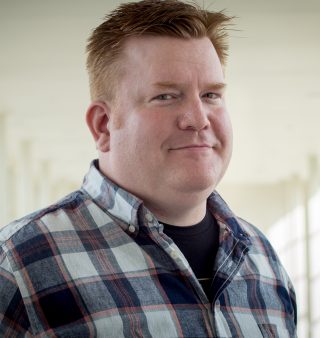 Vick Schutz is an Associate Visual Effects Supervisor at Industrial Light & Magic (ILM) currently working on Space Jam: A New Legacy, using his skills to help bring the Looney Tunes and their story to life. As Visual Effects Supervisor, he works with the filmmakers to make the best quality images as efficiently as possible in order to support the story, all while creating a fun and collaborative environment for his team.

In 1999 Vick  joined ILM as a Technical Assistant and quickly caught the attention of his supervisors as he had a knack for problem solving. Soon he became the first Assistant Technical Director on Star Wars: Episode II Attack of the Clones.

Over the years he has honed his skills on a variety of projects, first as Lighting and Look Development Technical Director, then as FX Technical Director. Then he began supervising sequences which led to the roles of Lighting Supervisor and Computer Graphics Supervisor for projects such as Pacific Rim, Warcraft, Rogue One: A Star Wars Story, Ready Player One, Solo: A Star Wars Story, and Star Wars: Episode IX – The Rise of Skywalker.  As Computer Graphics Supervisor he was responsible for all the technical aspects for the shows across all departments and facilities. It was during this time that he helped develop new workflows for sequence lighting, hair grooming, on set lighting capture and use, cross software material & texture sharing workflow, and has led the way for facility use of a variety of renderers in the Lighting Department.

Vick is a graduate of the University of Illinois at Urbana-Champaign where he studied Computer Science with a focus on Visual Arts. When not crafting visual effects he enjoys performing as an actor on stage, on the motion capture stage, and as a voice actor.  He is an avid woodworker, sourdough bread baker, and novice BBQ chef.