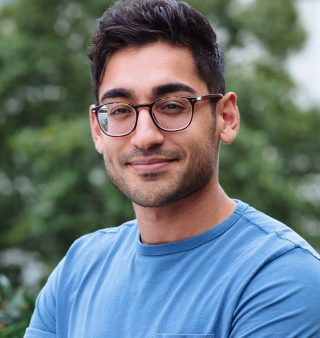 Umar Adam Aziz Hussain joined Industrial Light & Magic as one of the first Production staff to join the newly opened ILM London studio, joining on Star Wars: The Force Awakens. He graduated from the University of Manchester with a Bachelor’s Degree in Politics, Philosophy & Economics (PPE). Prior to starting a career in VFX Hussain worked on set in Live Action Television Production before moving into the feature film visual effects world. Hussain’s first role in VFX was in Marketing preparing press releases & assisting at awards events for Gravity in 2013 before he worked his way across to the VFX Production team where he found a perfect fit for his people skills & ability to quickly learn complex technical processes paired with his skill for long term strategic planning.

Hussain has worked across the major Visual Effects houses spending time learning his craft across Framestore, MPC & ILM. He spent most of his early career working directly on hero asset builds, bringing to life some of the biggest CG characters of the last decade including; Rocket Racoon, Groot, Maz & Snoke. He has a strong interest in developing Production Tools, Optimizing day structures & using technology to automate workflows.

Hussain is originally from Bradford in the North of England. Outside of work Hussain holds National Medal’s in the martial art Tang Soo Do. In 2017, he was featured on a Fitness Billboard campaign in Central London. Umar’s father, Zulfi Hussain, runs the charity Global Promise and growing up he was regularly involved in community events & fundraisers – he has continued that work and in his spare time lends organizational support to a variety of charities in London namely; WE, Shelter & Disney VoluntEARS. Hussain also works with the Yorkshire Academy for Film & Television (YAFTA) supporting a scholarship targeted at helping those from under-represented groups find their footing in the Film & TV landscape.