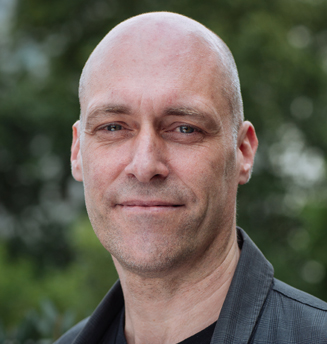 Stephen Tappin, from the South West of England, joined Industrial Light & Magic London’s Art Department as an Art Director in 2014. Tappin’s first task at ILM was working on Beauty and the Beast (2017), for which he designed Cogsworth, Mrs. Potts, Chip, and Lumière; Belle’s sidekicks in the form of enchanted household objects. Since then he has been involved with many productions including as an Art Director on Ready Player One and Star Wars: ‘The Last Jedi’. Currently, he can be found working to help create the next chapter of Indiana Jones series of movies.

Achieving a 1st class honors in Graphic Design and Illustration from Canterbury College of Art and Design, Tappin started his career as a freelance illustrator. He has also been a comic book illustrator for 2000AD, responsible for drawing the character ‘Slaine’, and an artist at a games development studio.

In more recent times, Tappin started a boutique animation studio where he evolved into the role of CG artist. It was here that he also turned his hand to directing, including working onset with film crews. He directed various television commercials and most notably a music video for the band Muse.

From here, Tappin moved into a visual effects studio where he spent two years as a Concept Artist working on Edge of Tomorrow and Dracula Untold, before moving on to join the ILM team.