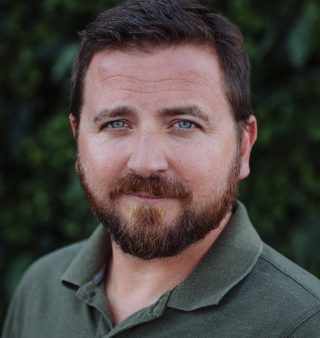 Stefan graduated with a degree in Film Studies from Southampton University and joined MPC in 1998. He began his career as VFX Production Coordinator on The World is Not Enough, Guy Ritchie’s Snatch, and Harry Potter and the Philosopher’s Stone.

Stefan has since worked on over 150 TV shows and feature films. At MPC he produced VFX work on a number of high-profile shows such as Batman Begins, James Bond: Die Another Day, Alien vs Predator, and Charlie and the Chocolate Factory. He also served as on-set VFX Producer for Working Title’s Wimbledon and Danny Boyle’s Sunshine.

In 2006 he joined LipSync Post as Head of Visual Effects where he was responsible for building the VFX side of the business for both features and television. As Head of VFX, Stefan’s role included overseeing the implementation of their VFX infrastructure and pipeline, shoot planning, script breakdowns, show bidding and recruitment. Under Stefan’s Supervision, LipSync completed shots for more than 70 movies and TV shows over a seven year period including 28 Weeks Later, Stardust, Birdsong, Fantastic Mr Fox, Hell Boy 2, Kick Ass, and Total Recall.

Stefan returned to MPC in 2013 to VFX Produce George Clooney’s Monuments Men and Ridley Scott’s Exodus: Gods and Kings. Stefan joined DNEG TV’s management team in 2014 and was closely involved with the global growth and expansion of the department. He oversaw numerous projects for the likes of Netflix, Marvel, ABC, NBC Universal, Amazon, and Working Title Television.

Since joining ILM in 2018 as Executive Producer, Stefan has overseen work on CBS’ The Stand, Amazon/Sony’s The Boys, Marvel’s WandaVision and Emmy and VES award winning work on The Mandalorian Seasons 1 and 2.

Outside of the usual interests in film and television and a dangerous obsession for footwear and Lego, in his spare time Stefan is an avid sports fan and has been a volunteer youth football coach for eight years.