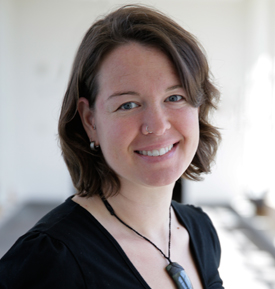 Stacy Bissell joined Industrial Light & Magic in 2006 as a Production Assistant on Pirates of the Caribbean: At World’s End. Since that time, she’s worked on a variety of projects including The Spiderwick Chronicles, Speed Racer, WALL-E, Star Trek, Transformers: Revenge of the Fallen, Harry Potter and the Half-Blood Prince, Avatar and Rango. Most recently, she served as an Associate Producer on Star Wars: The Force Awakens.