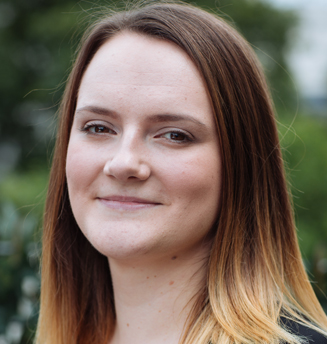 Sophie joined ILM’s London studio in 2014 as a VFX Producer on Star Wars: The Force Awakens and recently completed work on Solo: A Star Wars Story. She started her career in Visual Effects in 2010 as a VFX Production Coordinator on John Carter. Cullen went on to work on films such as Total Recall, Fast and the Furious 6, and Hercules.

Cullen graduated from Winchester School of Art where she studied Illustration and Animation. Upon graduating, she found that her knack for strategy and her ability to understand and communicate artistic work made VFX Production a perfect fit.

An avid reader, Cullen enjoys delving into stories when she’s not bringing them to life at work.