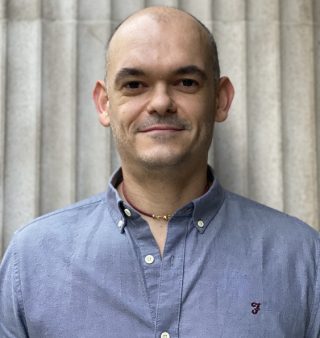 Simone Coco is a Visual Effects Supervisor with over twelve years experience supervising, coordinating and producing complex visual effects on-set and in-house. His credits include HBO’s The New Pope and The Young Pope, the Emmy Award®-winning TV series Chernobyl, and Syfy’s Krypton, among others.

Prior to ILM, Coco was a Visual Effects Supervisor at DNEG where he was also a founding member of the company’s TV division. He excels at working with producers to meet deadlines and budget as well as with filmmakers to bring their vision to life, forming long lasting partnerships for future productions.

For his collaboration with director Paolo Sorrentino on Loro, Coco was nominated for Italy’s prestigious David di Donatello Award for Best Visual Effects in a Motion Picture. A long time collaborator with Sorrentino, Coco also worked on the production of The Young Pope which went on to earn both a Golden Globe and Emmy Award nominations.

Coco studied Engineering at the Istituto Tecnico Statale G.Marconi, Cagliari in Sardinia as well as VFX Compositing at Escape Studios.