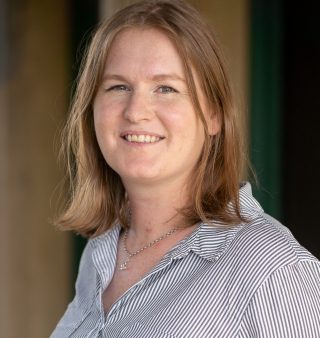 Rosalind (Roz) Stratton is an Associate Visual Effects Producer who recently made the move over to the world of Virtual Production to work on ILM Sydney’s first Stagecraft project Thor: Love and Thunder.

She started her career in VFX as a Layout Artist at Weta Digital in 2009 working on such films as Avatar and Rise of the Planet of the Apes, before moving into production when she started working in London at MPC in 2012. Roz started at ILM Singapore in 2015 and worked on The Great Wall and Rogue One: A Star Wars Story. More recently, she was working as a Production Manager and Associate Producer at Method Studios in Melbourne where she won the 2019 Deluxe Entertainment CEO Award for her work for Inclusion and Diversity at Method Studios as well as being Chairperson for the Inclusion and Diversity Committee between 2018-2019.

When ILM Sydney opened its doors in 2020, she came to work as a Production Manager on The Mandalorian Season 2, seeing firsthand what Virtual Production, and the Volume, can do for VFX.