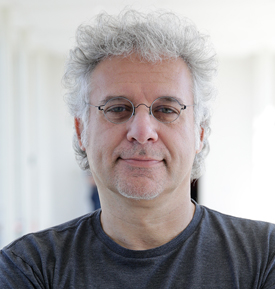 A native of Buenos Aires, Argentina, Pablo Helman joined Industrial Light & Magic in 1996 as the Sabre Department Supervisor. Prior to joining the company, Helman was a compositing supervisor on Independence Day for Pacific Ocean Post, a digital compositor on Apollo 13 and Strange Days for Digital Domain, and a compositor on numerous projects for Digital Magic. Helman received a Masters of Arts in Education from Cal Poly Pomona, and a Bachelor of Arts degree in Music Composition from UCLA.

He has been nominated for two Academy Awards® for his work on Star Wars: Episode II Attack of the Clones and War of the Worlds, a film that also earned him a Visual Effects Society Award for Best Single Visual Effects of the Year. Helman is also a member of the Academy of Motion Picture Arts and Sciences.