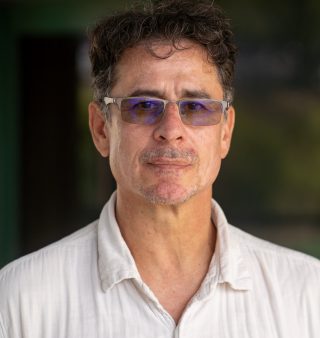 Nelson Sepulveda-Fauser is an Associate Visual Effects Supervisor known for his Academy Award nominated work on Martin Scorsese’s The Irishman, where he was instrumental in the development of the ground breaking techniques used for digital de-aging.

He has received four awards, including two from the Visual Effects Society for his work on The Irishman and the Academy Award-winning film Rango and two from the Hollywood Post Alliance for his contributions to Marvel’s The Avengers and Michael Bay’s Transformers: Revenge of the Fallen.

Formerly an art director for print, Nelson started his film career in Los Angeles in 1993 on the film Waterworld. Prior to joining Industrial Light & Magic he served as head of compositing at Weta Digital where he worked on Lord of the Rings: The Return of the King. He has since supervised on a dozen films including Avengers: Infinity War, Kong: Skull Island, and The Lone Ranger.

In 2020, he relocated to Sydney, Australia to be part of the leadership team for the newest Industrial Light & Magic studio located at Fox Studios, Moore Park. Prior to moving Nelson had spent 16 years at ILM’s San Francisco studio.

Nelson’s love for film is evident in the dedication he shows to his craft. He is a talented and creative individual, a terrific and innovative supervisor who inspires his teams on each project.