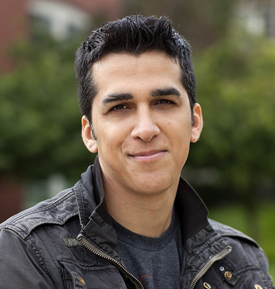 Mohen Leo is a Visual Effects Supervisor at ILM’s London studio. Having previously served as a Creative Director at ILMxLAB, and a Studio Supervisor for ILM Singapore, Mohen Leo was responsible for the creative oversight of ILM’s artist group and ensuring that the work produced by the studio maintains the highest standards. Additionally, he is charged with addressing any technical and resource issues involved in delivering work on multiple shows running concurrently.

Leo joined ILM in 1996 as a Technical Director and Effects Animator on such films as Star Wars: Episode 1, The Phantom Menace, The Perfect Storm, and Pearl Harbor.

When he left ILM in 2002, he joined Esc Entertainment to work on the highly popular films The Matrix Reloaded and The Matrix Revolutions. After wrapping those projects in 2004, Leo returned to ILM as an Associate Visual Effects Supervisor on Poseidon, which was nominated for a Best Visual Effects Oscar, and Leo’s contribution was recognized with a Visual Effects Society nomination for Outstanding Created Environment.

In October of 2006, Leo left ILM to work on several projects as a Visual Effects Supervisor including Speed Racer and 2012, for which he received his second VES nomination for Best Single Effect. Leo rejoined the company as Studio Supervisor for ILM’s Singapore studio in 2009.

Leo graduated from Technische Universitaet Berlin, where he studied Physics and Computer Science and he currently resides in London.