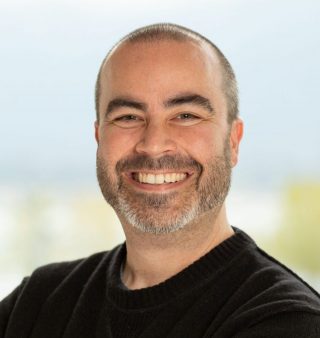 Michael Beaulieu is an Animation Supervisor who has overseen a number of shows at ILM, including Netflix’s Lost Ollie, a live-action/animation hybrid family series, the FX series Y: The Last Man leading the team to VES and Annie Award Nominations for the character Ampersand, as well as a VES win for the character Nivellen from season two of the Netflix series, The Witcher.

Over his 20+ year career span, Beaulieu has led teams contributing to visual effects for Academy Award-nominated films including The Revenant and Star Wars: The Last Jedi. Prior, Beaulieu moved up the ranks as Head of Animation, MPC, supervising multiple projects including a photo-real Arnold Schwarzenegger on Terminator Genisys, and a number of other characters in features such as Pirates of the Caribbean: Dead Men Tell No Tales and Ghost in the Shell. On The Amazing Spider-Man films at Sony Imageworks, he earned an Annie Award nomination for Outstanding Character Animation. A graduate of Sheridan College’s Classical Animation Program, he has also participated in various VES, SIGGRAPH, and SparkFX events as a guest speaker and presenter.