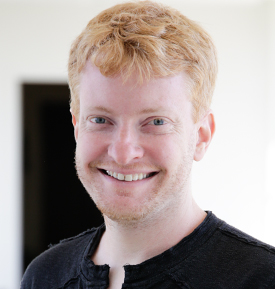 Matt Shumway joined Industrial Light & Magic in 2013 after 10 years working as an animation supervisor at Rhythm & Hues Studios in Los Angeles. Prior to joining ILM, Matt was an animation supervisor on the Academy Award-Winning, Life of Pi. His team led the development and animation of the film’s central character Richard Parker, the Bengal tiger. Shumway worked on the development of the other animals in the film as well including the orangutan, zebra, hyena, and the cast of meerkats. His work on the tiger earned him a 2013 Annie Award.

As an animation supervisor, Shumway is responsible for leading the team of animators in creating the performance and motion of the digital characters. Working closely with all departments and the client, Shumway is also responsible for the development and building of the characters. Some of his more notable projects have included directing animation on the popular Joss Whedon produced Cabin in the Woods. Various creatures, vehicles and digital doubles where animated for this film.

In 2007, Shumway was part of the supervisory team behind the Academy Award winning The Golden Compass. Various talking animals including monkeys, cats, ferrets, birds, dogs, and wolves were among the characters Matt supervised on the show. For his work on the 2004 The Chronicles of Narnia: The Lion, the Witch, and the Wardrobe, Shumway received an Annie Award nomination for his animation on Aslan, the great Lion.