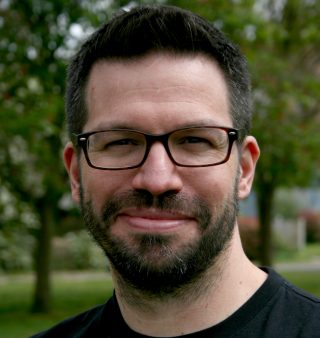 Malcolm Humphreys is currently the ILM Associate VFX Supervisor for Matt Reeves’ The Batman. In this capacity, he serves as a key creative on the virtual production aspects of the show, using ILM StageCraft, and partners with the VFX Supervisor and Director to oversee the visual effects work as well. Humphreys has been actively involved in all aspects of VFX for the last 20 years. He has a keen interest in strong creative visuals that have some challenging technical aspects.

Humphreys joined ILM in September 2016 as the CG Tech Supervisor for the ILM London Office as well as the CG Supervisor on the film Life. As CG Supervisor On Star Wars: Episode IX – The Rise of Skywalker, Humphreys continued to expand his onset supervision experience both in the studio and out on location in Jordan as an additional onset VFX Supervisor. Recently he also completed the onset section of ILM work on No Time to Die.

Over his career, Humphreys has been involved in all aspects of post production and visual effects, from managing large diverse teams, to animating, lighting and programming core fundamental infrastructure like OpenColorIO which has recently been accepted into The Academy Software Foundation (ASWF). Humphreys is an Associate VFX Supervisor who intimately understands the technical aspects of the Visual Effects craft and pipeline, but also has the on-set and creative oversight experience that make him ideally suited to supervise VFX projects with an ILM StageCraft focus.

Humphreys is originally from Sydney Australia and has worked at Rising Sun Pictures and Dr D before moving to London to work at Double Negative and now ILM.