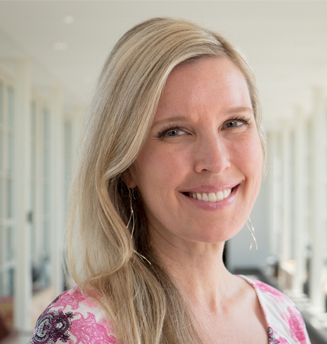 Maia Kayser joined Industrial Light & Magic in 2001 as an Animation Intern and has worked her way up to the role of Animation Supervisor. Maia has worked on nearly 30 films at ILM, including Solo: A Star Wars Story, Star Wars – Episode VII: The Force Awakens, Rogue One, Rango and Jurassic World VR. Her work on Pirates of the Caribbean: Dead Man’s Chest earned her a VES award for Davy Jones as best animated character in a motion picture.

She is currently supervising projects in VR, films, and rides. Her most recent being Tomorrowland, Race through New York Starring Jimmy Fallon, and Star Tours: The Last Jedi.

Maia was born in Buenos Aires, Argentina. She moved to Europe to study Visual Communications Design in Aachen, Germany, and later received a Merit Scholarship to complete her studies in the United States at ACA (now SCAD) where she graduated with a Major in Electronic Arts. She then moved to San Francisco to pursue her career in Visual Effects at ILM.