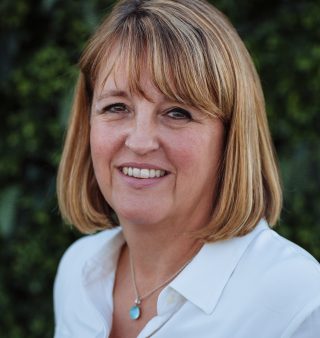 Louise has worked in television production since 1992, getting her start on series such as Westbeach and Pie in the Sky . In 1995 she served as Production Manager for the Sci-Fi channel as it launched in the UK – and joined Aldis Animation in 1996, working as a producer on CG commercials and on-air graphics for UK broadcast. In 2002 Louise began working for Rushes – a part of the Deluxe Group. Louise was brought in as Producer with more long form experience as Rushes’ sought to develop a team that would focus on Film & TV. In 2008 Louise was nominated for an Emmy Award for her work on the Discovery documentary “ Human Body” .

In 2013 Louise joined Double Negative as a VFX Producer, growing the team over five years from 3 to 190 in London and 25 in Los Angeles, plus a team in Mumbai. In 2018 the team was awarded a BAFTA for Special, Visual and Graphic Effects for their work on Black Mirror – Metalhead. L ouise developed into a supervisory role becoming Executive VFX Producer, overseeing shows, developing new business opportunities, and working across TV departmental, operational and internal affairs

Louise is a founding Board member and VFX Chair of Animated Women UK, a not-for-profit organisation that is raising the profile of women in VFX and Animation through career development programmes, networking and events.

At ILM, Louise is passionately involved in the work across the London Studio in the Diversity, Inclusion and Belonging realm. She has a firm belief that any company is better for recognising and celebrating the diverse talents within the VFX world. As D & I Chair for ILM London, and Exec Sponsor for Circuit London, she is delighted to be working with the Global teams to bring about effective and lasting change.