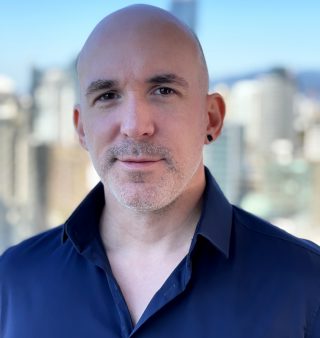 Lee McNair joined Industrial Light & Magic in 2013 as an animator and was promoted up the ranks through his contributions to the Academy Award nominated film The Revenant and multiple films in the Marvel Cinematic Universe including Avengers: Age of Ultron, Captain America: Civil War, and Thor: Ragnarök. Prior to becoming a part of the ILM team, McNair enjoyed the role of Lead Animator at Digital Domain on multiple anticipated feature films.

McNair’s career began in 2002 after graduating from the Computer Animation program at Sheridan College, located just outside of his hometown of Toronto, Ontario. Initially working in television, McNair quickly transitioned to Feature Animation and then into Visual Effects. Over the years his passion for animation would further motivate him to interchange between the two specialties.

After being recognized for his achievements in animation, McNair was promoted to Animation Supervisor, where he strives to push visual limits on the upcoming Jurassic World: Fallen Kingdom.