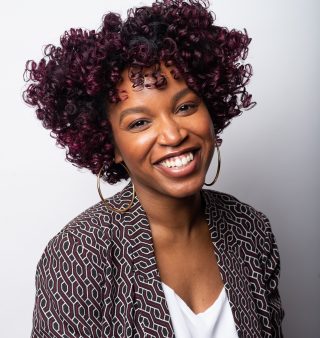 Lauren F. Ellis joined Industrial Light & Magic in 2021 as Senior Visual Effects Producer, bringing with her a diverse background of entertainment production from commercials and series to virtual reality and film.

Throughout her experience, Ellis has served as Executive Producer over series and features for Zoic Studios and as the VFX Executive Producer for The Molecule where she also managed  operations and new business acquisitions for the Los Angeles studio.

Over the years, she has built an extensive portfolio with a variety of television and film projects, having most recently produced for top series like Marvel’s WandaVision, and HBO’s Ozark. Ellis has also contributed to several film projects like Let Him Go, Horrible Bosses 2, and Fruitvale Station – an award-winning film produced, written and directed by Black Panther director, Ryan Coogler – which had a major impact on her personal and professional growth.

Ellis earned her Master of Fine Arts in Animation and Visual Effects from the Academy of Art  University and her Bachelor of Arts in Journalism from Hampton University.

Originally from Alexandria, Virginia – the hometown of Remember the Titans – Ellis strives to  educate and inspire those seeking to pursue a career in the industry, especially young women.