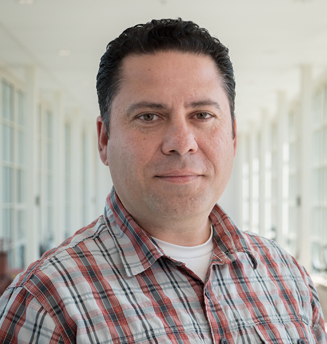 Khatsho Orfali joined Industrial Light & Magic in 1995 as a Technical Assistant and over the years has risen through the ranks to Visual Effects Supervisor. He graduated from the University of La Verne with a degree in Computer Science and Engineering. During his senior year at La Verne, he partnered with another student to build a Virtual Reality simulator.

Since 2011, Orfali has been involved in the development of the pipeline for Special Venue Ride projects such as Transformers: The Ride, which won a VES award in its category. Prior to that he worked on ILM’s early crowd tools and pipeline for such films as Star Wars Episodes I, II, and III.

Orfali grew up in Jerusalem, Israel and currently resides in Sonoma County, California. Aside from his love for Visual Effects, his passion extends to music where he devotes time to composing cinematic music at his home studio.