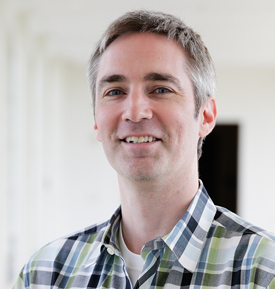 Kevin Martel joined Industrial Light & Magic in 1997 as an animator. Originally from Ottawa, he was inspired by comedy, acting, and art at an early age and later discovered animation as the perfect outlet for his talents. Martel enrolled in Sheridan College’s classical animation program where he graduated in 1996.

Prior to becoming part of the ILM animation team, Martel worked as a freelance traditional animator in Canada on various TV projects. His ILM film resume includes: The Mummy Returns, Pirates of the Caribbean: Dead Man’s Chest, and Harry Potter and the Half-Blood Prince.

Martel served as an Associate Animation Supervisor on ILM’s first-ever animated feature, the Academy-Award winning Rango. He was was also the Lead Animator for the titular character of Rango, for which he won the Visual Effects Society Award for Outstanding Animated Character in an Animated Feature Motion Picture. Recently, he completed work on Michael Bay’s Teenage Mutant Ninja Turtles.