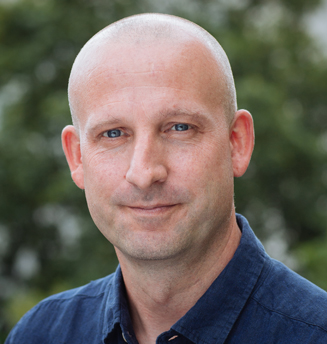 After ten years in the VFX industry, Julian Foddy joined ILM’s London studio in 2015 first working on Teenage Mutant Ninja Turtles: Out of the Shadows and then supervising a team on Transformers: The Last Knight. Julian collaborated with John Knoll on Rogue One: A Star Wars Story on which he acted as 2nd Unit VFX Supervisor for the latter stages of the shoot. In 2017, he assisted Roger Guyett and Grady Cofer with the Visual Effects Supervision of Steven Spielberg’s Ready Player One.

Before entering the world of digital visual effects in 2004, Julian spent 15 years in the music industry, achieving great success as a renowned international DJ and record producer. In 2003, after a spell as a resident DJ in Hong Kong, and a 3-month tour in Australia, he decided on a career change, and on returning to the UK enrolled at Derby University to study Games Design and Digital Entertainment, and began his professional VFX career whilst he was still studying.

Julian enjoyed a swift rise through the 3D ranks, and within just two years in the industry he found himself becoming the CG Supervisor on the Paul Greengrass project, The Green Zone. Julian then faced the new challenge of creating a fully-CG lead character in the Simon Pegg and Nick Frost comedy Paul (which led to a VES nomination for ‘Best Animated Character’). He went on to be the CG Supervisor on FX-heavy projects such as The Dark Knight Rises and Fast and Furious 6. It was on these projects that Julian first expanded his skill set to cover on set work, an aspect of the job he enjoys greatly. On recent projects such as Hercules and Geostor. Julian has acted as onset Second Unit Visual Effects Supervisor and also as Splinter / Aerial Unit Director on several occasions.