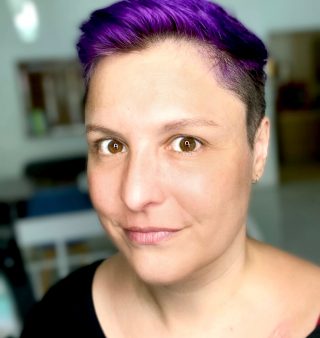 Josiane Fradette moved to Singapore to join Industrial Light & Magic in 2019. Since then, she has worked on Free Guy, Coming to America 2 and Jurassic World Dominion as an Associate Producer.

In the past 15 years, Josiane has worked on a variety of major feature films, short films and TV series. She started her career as a Post-Production Manager overseeing different stages of movie making. With time, Visual Effects became the obvious choice for her and the ideal place for her to perfect her Project Management skills and get closer to the creative process.

Prior to ILM, Josiane worked at Mels Studio, Raynault VFX and Framestore as a Visual Effects Producer.

Josiane Fradette is originally from Montreal, Canada. She studied Cinema and Literature at Montreal University and began her career in Post-Production soon after she graduated.