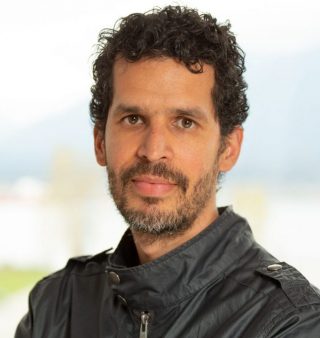 Jose Burgos joined Industrial Light & Magic in 2006 as a Senior Technical Director to work on Pirates of the Caribbean. Since then, he has contributed to numerous ILM projects, including Transformers: Dark of the Moon, The Last Airbender and Transformers: Revenge of the Fallen. He became an FX Lead on Guillermo del Toro’s Pacific Rim and worked as a CG supervisor on Captain America: The Winter Soldier, Captain America: Civil War, Warcraft and Valerian and the City of a Thousand Planets. Burgos served as an Associate VFX Supervisor on Skyscraper and his latest credit was as a VFX Supervisor on Jon Favreau’s new series, The Mandalorian, releasing on Disney+.

He was born in Medellin, Colombia and began exploring visual effects as a hobby, before starting work shortly after as a Generalist on commercials and television. During his 20 years in the industry, Burgos has had the privilege of working at some of the top VFX studios and has been honored with a Gemini award for Best Visual Effects. Burgos was also nominated for a Primetime Emmy for Visual Effects and also has a VES nomination for his work on Captain America.