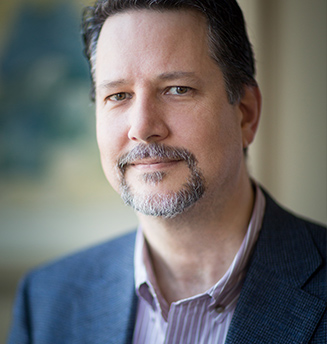 Academy-Award and BAFTA Award winner, John Knoll, is one of ILM’s longest serving and most highly sought-after Visual Effects Supervisors. He has served as Head of Department Production-side Supervisor on a myriad and diverse slate of projects, including the Star Wars prequels, the Pirates of the Caribbean franchise, Academy-award winning Animated Feature Rango, as well as A Star Wars Story: Rogue One, where he also served as Executive Producer. In addition, Knoll contributes to many projects in his role as Executive Creative Director for the studio and Senior VFX Supervisor. This includes recently overseeing ILM’s work on Season 1 and Season 2 of The Mandalorian, The Book of Boba Fett, and Disney’s feature, Jungle Cruise.

While he got his start in miniatures and motion control at ILM in 1986, Knoll is known for his pioneering and innovative computer graphics work throughout his lengthy tenure in the industry, including co-developing Photoshop with his brother Thomas and contributing to the recent workflow advancements in ILM’s virtual production toolset, StageCraft. Knoll’s extensive film background coupled with an advanced understanding of practical and digital VFX technologies has positioned him to contribute to many ground-breaking Visual Effects driven projects, garnering him five additional visual effects Academy Award nominations as well as five additional BAFTA nominations.