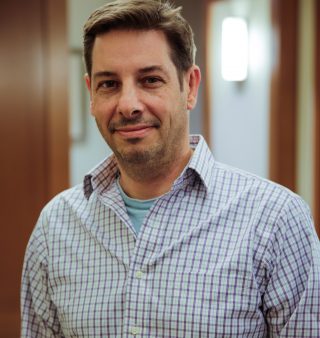 Jay Cooper joined Industrial Light & Magic in 1998 as a Digital Compositor. Since joining ILM, Cooper has moved up the ranks as a Visual Effects Supervisor, responsible for the development and look of the visual effects on the projects he oversees. His recent projects include Playing with Fire, Marvel’s Avengers: Endgame and Solo: A Star Wars Story.

He has been nominated for six Visual Effects Society awards for his work on Star Trek Into Darkness and Star Wars: The Force Awakens, among others, and is a member of the Academy. Prior to joining ILM, Jay worked at Cinesite, Sony Imageworks and Rhythm & Hues. He is a graduate of James Madison University and has a degree in English. He studied film production at New York University before moving to Los Angeles to work in the film industry.

Cooper is originally from Westford, Massachusetts and now resides in San Anselmo, California with his wife and two children. In addition to working on movies, Cooper enjoys sailing and hiking.