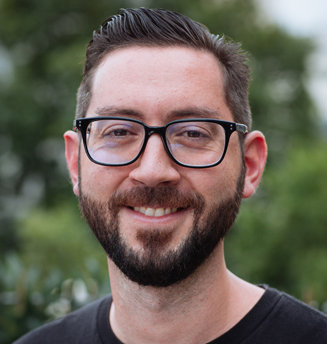 Jance joined ILM’s Singapore studio in 2014 as an Animation Supervisor. He moved to the London studio in 2017 to work on Jurassic World: Fallen Kingdom. With over 11 years of experience in Visual Effects, Jance’s previous credits include The Great Wall, The Hobbit and the Battle of the Five Armies, Dawn of the Rise of the Planet of the Apes, Hunger Games: Catching Fire, Man of Steel, The Hobbit: An Unexpected Journey, Avatar, Cloverfield and The Spiderwick Chronicles.

Rubinchik’s route into VFX started early; at the age of 12, he wrote to Disney to ask how he could become a traditional animator, and was given advice on which colleges to apply to, one of which was Ringling College of Art and Design. Whilst at Ringling, he interviewed with ILM and knew that he had to join the company one day. The rest is history!

Originally from Fort Lauderdale, Florida, Jance is a graduate of the Ringling College of Art and Design, where he gained a Bachelor of Fine Arts with a Major in Computer Animation. When he’s not at work, Jance loves to travel or continue using his creativity through sculpture. Jance is a member of the Visual Effects Society.