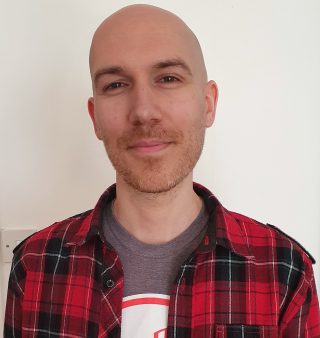 James Schembri joined ILM London in May 2020 as Visual Effects Producer on Marvel’s WandaVision. Prior to joining ILM, Schembri gained many years VFX experience at various studios such as DNEG and MPC. At the former, he was VFX Producer on TV shows including Black Mirror, Cursed and Rivera to name just a few.

After creating short films and writing screenplays while studying for his BA in film at Southampton Solent University, Schembri realized that post production was where he wanted to pursue a career. After graduating he began working in video post-production before finding his feet in the world of VFX.

Schembri grew up on the south coast of England and moved to London in 2014, where he now lives with his wife, daughter and rescue cat Mickey.