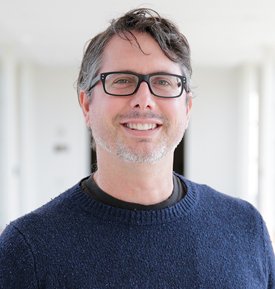 James Clyne has worked as a film industry artist for well over a decade. He spent his childhood in Oregon catching garter snakes, building forts on construction sights and drawing everything his impressionable mind could think of.

James studied fine art at UC Santa Barbara where he focused on oil painting and photography. He was inspired by master painters and the power of light through a lens. He went on to Art Center where he learned automotive, industrial and film production design. There he was introduced to the work of Raymond Lowey, Pininfarina and, of course, Syd Mead.

Since then, James has collaborated on well over thirty film projects. The highlights include working with Steven Spielberg on a number of projects in various capacities related to visualization. On A.I. and Minority Report James not only designed specific production assets but also created imagery that was used to inform the look of the movies through the relationship between light and emotion. James was also the Production Designer on an animated feature in 2008, Tusker, a magical film about a tribe of Indian Elephants. In 2011, James was selected by Steven Spielberg to put together an art team for the development of a television series. James has also worked with James Cameron on Avatar and Battle Angel, JJ Abrams on both Star Trek films, Robert Zemeckis, as well as projects with Michael Bay, Darren Aronofsky, and Terry Gilliam, to name a few.

In 2013, James joined the ILM Art Department and was given the opportunity to work on a Star Wars: The Force Awakens. He currently resides in San Rafael with his wife and two sons.