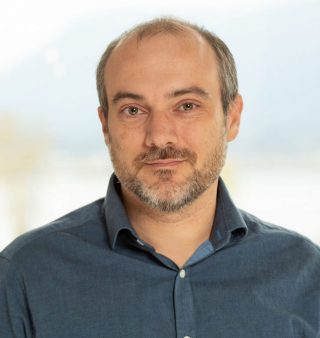 Ivan Busquets began his VFX career in 2003 and joined ILM in 2010 as a Compositing Artist on Pirates of the Caribbean: On Stranger Tides. Since then, Ivan has contributed his creative and technical skills to multiple ILM shows and has played a key role in the development of the toolset and pipeline for the compositing department.

After joining ILM’s Vancouver office in 2013, Ivan served as a Compositing Supervisor on films such as Warcraft, Rogue One: A Star Wars Story and Thor: Ragnarok. In 2017 he was promoted to an Associate Visual Effects Supervisor.

Ivan is originally from Barcelona, Spain and received his Bachelor of Arts in Audiovisual Communication from the Universitat Pompeu Fabra. His early interests were writing and directing but after an internship in a boutique VFX studio in Barcelona, he found his passion for the art of visual effects and never looked back.