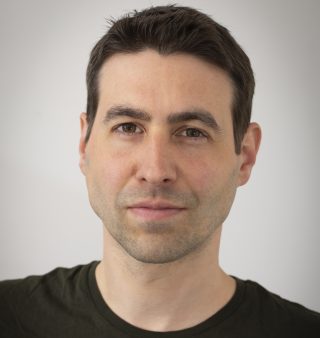 Ian Comley joined Industrial Light & Magic’s London studio in 2014 as CG Supervisor on Star Wars: The Force Awakens which led to a VES Award nomination for Outstanding Animated Performance. Comley served as CG Technology Supervisor for four years, with an eye on both global strategic direction for key areas of ILM technology (including Facial Capture, Look Development and Lighting) and local strategy for the rapid expansion of the London team, including embedding ILM TV. At the same time, he also contributed CG Supervision for Daniel Espinosa’s Life and Star Wars: The Last Jedi. His move to Associate Visual Effects Supervisor saw him take on ILM’s largest and most ambitious Digital Human project.

Comley began his career at Framestore, rising through the ranks over a 10 year period in the pursuit of creating incredible imagery, including establishing and heading the Pipeline Department, then as Look Development Lead for Alfonso Cuarón’s multi-award-winning Gravity (including a VES Award win for “Outstanding Created Environment”), a role which also saw him develop ‘Rocket Racoon’ for Guardians of the Galaxy, ‘Aslan’ for Narnia: Voyage of the Dawn Treader and ‘Paddington Bear’ for Paddington, the show which saw him first step up as CG Supervisor.

As a father of two boys, Comley prioritises spending time with family, as well as making music and photography. He has also participated in the UK Science, Technology, Engineering, Art and Maths (STEAM) program, has been speaker at SIGGRAPH, FMX, SCA and Ciclope, and ran Master Classes at the National Centre for Computer Animation.