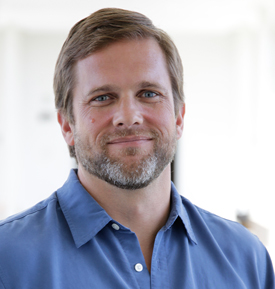 Hayden Landis joined Industrial Light & Magic in 1997 as a Technical Director working on Men In Black. Prior to joining ILM, Landis worked at Xaos Inc. He is self-taught in the area of computer graphics and was one of their first Technical Directors. In 1994, Landis partnered with Rocket Science Inc., an award-winning games company in San Francisco. As an Associate Visual Effects Supervisor at ILM, Hayden is responsible for overseeing technical and aesthetic work on projects while assuring that there is constancy and continuity between work done across all ILM facilities. Some of his more involved projects have included Men in Black, Pearl Harbor, and Star Wars: Episode II Attack of the Clones.

Landis grew up in Southern California and Oregon and currently resides in San Francisco, California. In his off time, he enjoys surfing, rock climbing and traveling.