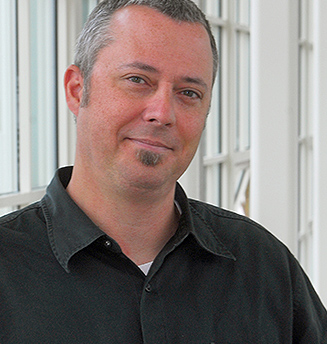 Hal Hickel joined Industrial Light & Magic in 1996 as an animator for The Lost World: Jurassic Park. His special interest in animation lies in the challenge of integrating fantastic characters and creatures into live-action films. He was promoted to Lead Animator on his second film and was responsible for animating several characters in Star Wars: Episode I The Phantom Menace.

In 2000, Hickel moved up to Animation Supervisor, teaming up with multi-Academy Award®-winning visual effects supervisor Dennis Muren on Steven Spielberg’s A.I. Artificial Intelligence. In 2007, his work on Pirates of the Caribbean: Dead Man’s Chest was recognized with both an Academy Award® for Outstanding Achievement in Visual Effects and the BAFTA for Best Achievement in Visual Effects.

Originally from Portland, Oregon, Hickel studied Film Graphics at the California Institute of the Art before being hired by Will Vinton Studios as a clay animator and motion-control operator for commercials and television specials featuring the California Raisins, amongst other characters.