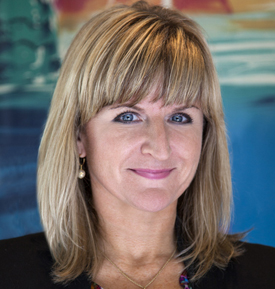 Libby joined ILM in 1997 as the Sabre department production manager.  The following year, Libby moved to ILM’s feature production department as an associate producer on The Perfect Storm.  She was promoted to visual effects producer in June 2000 on Star Wars: Episode II Attack of the Clones. Libby served as visual effects producer on several films before being promoted to executive producer, where she oversaw such films as Iron Man, Avatar, and Jurassic World.

Born and raised in Portland, Maine, Libby is a graduate of Boston College in Chestnut Hill, Massachusetts, with a BA in Communications and Film.  She currently resides in Marin County, California.