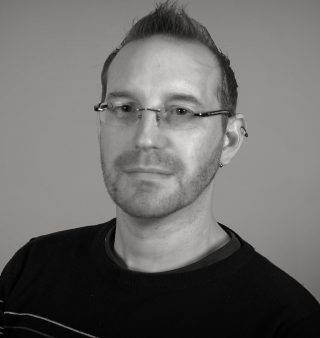 Graeme Puttock joined Industrial Light & Magic in 2019 as a Visual Effects Producer for season one of Jon Favreau’s The Mandalorian.

Prior to switching careers to the world of digital visual effects, Puttock worked for more than a decade in design and senior production roles across several London based video game development studios, taking a wealth of transferable production skills along with hands-on experience of CG asset pipelines and workflows.

Starting at Double Negative in 2011 on John Carter, Puttock worked on feature titles such as Rush, the Academy-Award winning Interstellar, A Cure For Wellness, and Life, leading teams across facilities and vendors.

In 2017, Puttock moved to Framestore as a Senior Producer in their Rides department to help lead the visual effects aspect of the work, integrating high end visual effects with mixed media and VR as part of a multi-project delivery for the Lionsgate Entertainment World complex in Zhuhai, China.

Puttock is married and lives in north London with 17 guitars and two children, which all vie for his time. He is left handed and yearns for traditional art materials that don’t smudge. He speaks some Japanese (with a Tokyo accent) and French (with a south English accent).