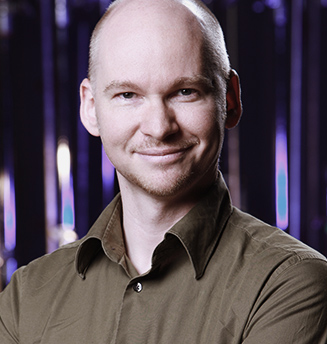 Grady Cofer has been a creative catalyst at Industrial Light & Magic for over a decade. Committed to exploring the intersection of art and innovation and passionate about visual storytelling, Cofer has contributed to a number of ILM’s most groundbreaking visual effects projects.

In 2009, Grady served as the Visual Effects Supervisor for Battleship. His creative collaboration with director Peter Berg, from early story development all the way through to post production, spanned over three years. The project’s naval theme required an extensive amount of shooting at sea, including a stint with an embedded crew on various warships during the RIMPAC games. His focus was to guide the crew into building complex alien crafts and perfect water simulations that took on a life of their own in the film. The complex fluid simulations and creature effects work on Battleship earned Cofer a Visual Effects Society nomination for Best Visual Effects.

Cofer was also instrumental in realizing Darren Aronofsky’s vision on the critically acclaimed and visually unique film, Noah. He oversaw the creation sequence, a depiction of evolution told in a kinetic time lapse. The sequence, over a year in the making, earned Cofer a nomination from the Visual Effects Society for Outstanding Created Environment.