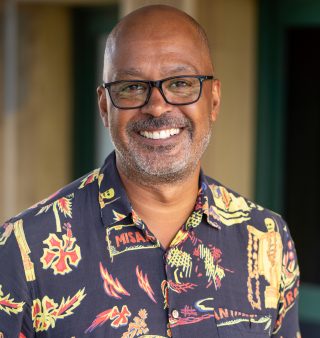 Frazer Churchill is a BAFTA Award-nominated Visual Effects Supervisor with a career span of 25 years on feature films such as Patty Jenkins’ Wonder Woman, Alfonso Cuarón’s Children of Me, and Fast & Furious, among others. Most recently, Churchill supervised Twentieth Century Fox’s The Kid who Would be King for Joe Cornish and Warner Bros’ live action feature Tom & Jerry.

For his ground-breaking work on Children of Men, Churchill earned a BAFTA nomination for Best Special Visual Effects. Churchill’s work on Edgar Wright’s The World’s End brought him to the attention of Tim Burton who he then collaborated with as VFX Supervisor for Miss Peregrine’s Home for Peculiar Children, this earned a VES Award nomination for Outstanding Effects in a Photoreal Feature. He has also been recognized with a VES Award nomination for his contributions Children of Men and the television series Dinotopia. His work as co-supervisor resulted in 14 hours of VFX work, a first in television.

Earlier in his career at DNEG, Frazer helped many UK-based filmmakers expand the scope of their films with cost effective VFX design solutions. Having won awards for his personal projects, Churchill continuously brings a filmmaker’s sensibility to his VFX work while leading a larger team of artists.

Churchill is a member of the Academy of Motion Picture Arts & Sciences.