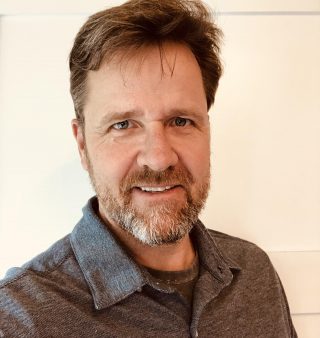 Eric Schroeder joined Industrial Light & Magic in 1995 as a young Production Assistant, working on both features and commercial live-action production. His first experience was jumping onto the set of the Casper Pepsi Commercial model shoot. He was blown away by the detail of the eighth scale model of Casper’s Haunted Mansion. He then found himself on the set of the Mission Impossible train sequence shoot – another exciting experience to view first hand, witnessing the expertise and amazing talent of the ILM Model Shop team. A couple years later he found himself falling into the CG production world within ILMCP (Commercial Productions). After seven years, he departed the ILMCP division, and found himself gaining experience outside of ILM, in both animation and ad agency TV production. It was 17 years later when he was invited back into the ILM fold in early 2019. Reuniting with friendly, familiar faces and jumping into feature productions as an Associate Producer for Star Wars: The Rise of Skywalker.

As an Associate Producer at ILM, Schroeder has been responsible for producing commercial and feature VFX. He enjoys the comradery with coworkers and collaborating to create cutting edge visual effects.

Schroeder was born and raised in California, primarily in Stockton, home of the Asparagus Festival and a ton of waterways to escape the heat while wakeboarding and water skiing. He received his Bachelor of Arts degree in Sociology – Organizational Studies and cut his teeth in the VFX world shortly after graduating. He lives with his wife, two daughters, and two big dogs in Marin County, California.