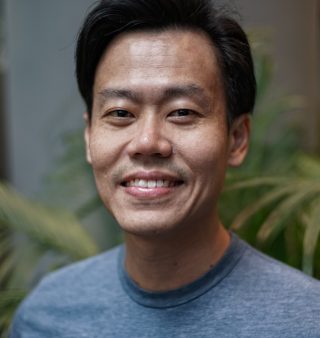 Eric Leong joined Lucasarts Singapore in 2007 as a Lead Animator. In 2009, he made the switch to ILM Singapore to work on Rango and then subsequently Transformers 3, The Avengers, Pacific Rim and Transformers 4. He has most recently worked on Rogue One: A Star Wars Story, Ready Player One, Avengers: Infinity War, Aladdin, and A Quiet Place II.

Eric is responsible for the quality and timeliness of animation work produced by his team. He also works closely with animation supervisors and directors to supervise and direct shot work both creatively and aesthetically.

Eric has a total of 17 years’ experience in both the Games and Visual Effects industry. Prior to joining Lucasfilm, Eric worked as a Lead Animator on console/PC games like Dynasty Warriors and Uncharted Waters Online at both Koei Japan and Koei Singapore.

Eric graduated from Nanyang Polytechnic with a Diploma in Digital Media Design (Animation) in 2000.