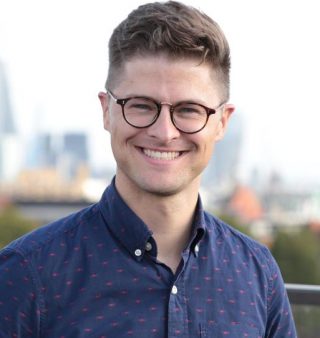 Duncan Ramsay joined ILM’s London studio in March 2016 as a Line Producer on Steven Spielberg’s Ready Player One, having previously worked as Animation Producer on Walt Disney’s The Jungle Book in the United Kingdom. Since joining ILM, he’s worked on Aladdin and streaming projects The Boys, The Mandalorian, and most recently Associate Producer on season two of The Mandalorian.

Ramsay started his career in the film industry as a Production Assistant, then Director’s Assistant at Pixar Animation Studios on the film Toy Story 3 in 2008. He had the pleasure of working on some memorable films during his six and a half years at the studio including Monsters University, The Good Dinosaur and finally Inside Out.

In 2014 Ramsay produced the animated short, The Dam Keeper, which was nominated for an Academy Award in 2015.

Originally from northern Colorado, Ramsay graduated from Colorado State University with a degree in journalism, but knew he always wanted to work in film and animation. Ramsay has enjoyed living in the San Francisco Bay Area, Orlando, Florida, and now in London, a city he loves for its theatre and diversity. Ramsay is inspired by the history and talent at ILM and Lucasfilm, and enjoys the challenges each new project brings.