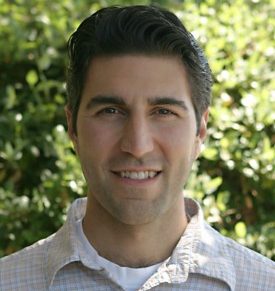 Delio Tramontozzi joined Industrial Light & Magic’s animation team in 2000. During graduate school for animation at the California Institute of the Arts in Valencia, CA., he won a highly-coveted computer animation internship with The Academy of Television Arts and Sciences. Prior to working at ILM, Tramontozzi worked at Sony Pictures Imageworks on films that include Stuart Little and Hollow Man.

As a character animator, Tramontozzi explores with psyche and emotion, working strong communicative gestures into character posing, and analyzing motion.

Born and raised in the suburbs of Boston, Tramontozzi attended undergraduate school at the University of Massachusetts, Amherst in Amherst, MA.