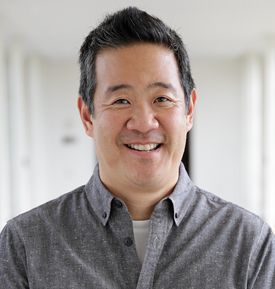 David Nakabayashi first came to Industrial Light & Magic in 1989 as a storyboard artist for the feature films Ghost and The Hunt for Red October. He then shifted to attraction ride design for LucasArts for two years before relocating to Los Angeles, where he was a conceptual artist for Amblin Entertainment’s Jurassic Park. Following his stint in L.A., Nakabayashi returned to the Bay Area where he was a designer at Rocket Science Games, a multimedia-interactive entertainment company. Nakabayashi returned to ILM in 1996 as a visual effects art director on Men in Black.

In 2002, Nakabayashi was named Creative Director of the ILM Art Department, where he manages the art directors, conceptual illustrators, storyboard artists, and a team of pre-visualization artists, as well as overseeing the activities of the global ILM Art Department.

Nakabayashi grew up in Los Angeles, California, and received a Bachelor’s Degree in Industrial Design from the Art Center College of Design in Pasadena.