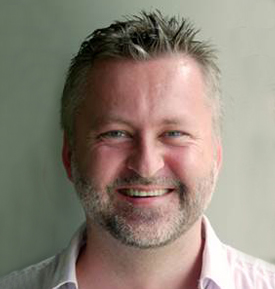 Dave Dally joined Industrial Light & Magic, Singapore in 2010 as a Compositing Supervisor/Lead. Since 2014, his role has been as an Associate VFX Supervisor in Singapore, and is now part of the Sydney team since the studio’s opening in 2019.

Dally has worked on several Hollywood blockbusters including Avengers – End Game, Ready Player One, Star Wars – The Force Awakens, Rogue One, and Transformers – Dark of the Moon. He is a graduate of Monash University’s Bachelor of Arts in Graphic Design, and has 25+ years’ experience in the Broadcast and Visual Effects Industry.

Prior to ILM, he was at Animal Logic, Sydney, and has worked on Zach Snyder’s 300 & Sucker Punch, Baz Luhrmann’s Australia, and earlier in his career, Lord of the Rings and The Matrix – Reloaded