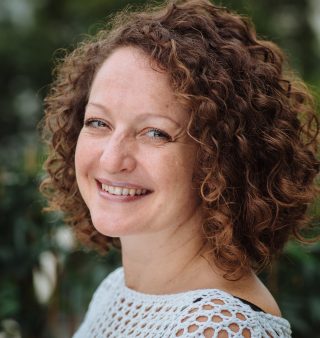 Danielle Legovich joined ILM in 2015 as the Visual Effects Producer on Teenage Mutant Ninja Turtles: Out of the Shadows, since then she’s worked on Star Wars: The Last Jedi, Avengers: Infinity War, and Avengers: Endgame. She also embraced episodic television production working on 1983 and Brave New World.

Legovich started her career in Production in 2D Animation at Disney in 2002, working at the Sydney studio, near to her hometown, Newcastle, Australia. She made the transition into 3D Animation after moving to London, as the Production Supervisor on The Tale of Desperaux in 2007. After moving into Visual Effects in 2010, Legovich worked on John Carter and Captain Phillips. She enjoyed the challenge of working between London and Montreal as the VFX Producer on The Edge of Tomorrow and calling upon her talents to achieve positive communication and transparent planning.

Legovich started her film career early, making her own animations while still in high school. In her spare time, she once loved to stage manage local music festivals but has hung up the sound systems in favor of trips to the theatre and practicing yoga.