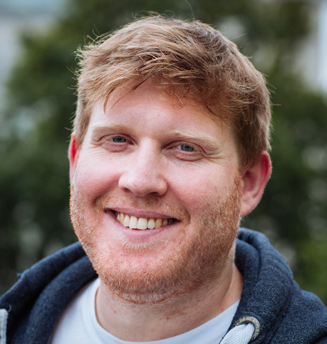 Dan joined ILM’s London studio in summer 2014 as 2D Sequence Supervisor on Avengers: Age of Ultron. With over 12 years experience, Dan has worked on a variety of films including Harry Potter and the Order of the Phoenix, The Bourne Ultimatum, The Dark Knight, Skyfall and Fast and Furious 6. As Compositing Supervisor at ILM Dan’s accomplishments include Spectre, ILM’s first Bond feature film, Teenage Mutant Ninja Turtles 2 and Star Wars: The Last Jedi.

Most recently, Dan has completed work as the Visual Effects Supervisor on Avengers: Infinity War. Dan studied Media Technology at De Montfort University, Leicester and then went on to study at the National Film and Television School in Beaconsfield. He began his career in VFX at a small television company in London. Dan soon made the move into film as a compositor at the London company, Double Negative. Dan enjoys the collaborative, creative processes which goes into creating visual effects and still gets a thrill out of making the large, visual talking points in films.

Originally from Grimsby, in the North of England, Dan enjoys his time away from work with his wife and two children and is an avid supporter, if not a player any more, of football.