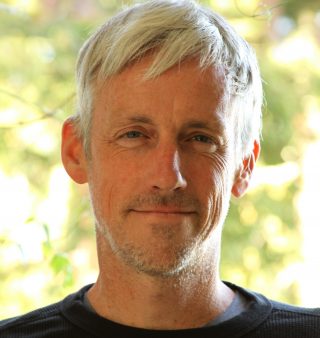 Chris Voy grew up in Northern California where a love of drawing, painting and being outside led him to study Art and Design at Cal Poly in San Luis Obispo. After graduation, he lived in Oahu for a few years before returning to San Francisco to join ILM.

For two decades, Chris has worked as a concept artist and designer for Film, Animation, Interactive, VR and Ride projects for ILM, Lucasfilm, Disney and a long list of clients. In 2013, he won an individual achievement Emmy for his work on The Clone Wars Animated series. Since 2015, he has worked on films such as Godzilla, Mother!, Downsizing, Jungle Cruise and The Star Wars franchise. Recently, he finished work as ILM’s Visual Effects Art Director for Star Wars: The Rise of Skywalker and is currently busy with upcoming projects.

Chris lives in Marin with his awesome wife and kids.