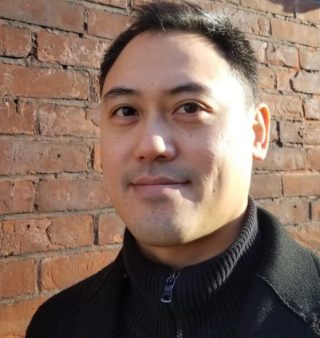 Cedric Lo began his career with Industrial Light & Magic in 2008 on Transformers: Revenge of the Fallen. After graduating from the visual effects program at the Vancouver Film School in 2000 he worked on several television projects, including supervising Star Wars: Clone Wars, before making the transition to visual effects.

Lo has had the opportunity to work at three of the four ILM locations around the world. After starting his career in San Francisco, he went on to help build and supervise the animation team in Singapore (2009) and then again in Vancouver (2012). Working at ILM has allowed Lo to animate on such notable films like Star Wars: The Force Awakens, Captain America: Civil War, Pacific Rim, Avengers Assemble, Rango and Aquaman. He has also worked on a couple projects at Sony Imageworks; The Amazing Spider-Man and Edge of Tomorrow.

Lo has been twice nominated for an Annie Award for Outstanding Achievement in Character Animation for Warcraft: The Beginning and Captain America: Civil War.