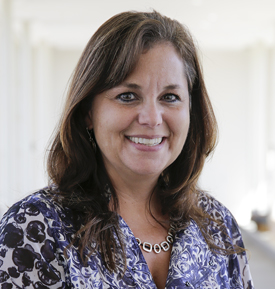 Carol Norton, a Senior Visual Effects Producer, has produced a variety of award-winning projects at ILM. She received a Visual Effects Society award for Outstanding Visual Effects in a Special Venue Project for her contribution on the theme park attraction Rise of the Resistance which also won a Themed Entertainment Association award. Carol is also a member of the Producers Guild of America and plays a key role in ILM’s special venue leadership team.

Norton brought her Feature Animation experience to ILM in 2009 after spending over a decade at PDI/DreamWorks. She is a Bay Area native and majored in Communications at the University of California, Santa Barbara with an emphasis in film.