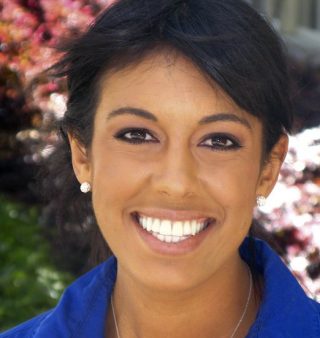 Brooke Masotti joined Lucasfilm Animation in 2010 as a Production Coordinator on Strange Magic.  Climbing the ranks, she progressed to Production Manager at Industrial Light & Magic in 2012.  Since joining the company, she has worked on a range of films such as Warcraft, Teenage Mutant Ninja Turtles: Out of the Shadows, Transformers: The Last Knight, Avengers: Endgame and Fast and the Furious 9.  She has also worked on multiple special venue projects for Disney Parks worldwide, such as Soarin’ Over the Horizon, Pirates of the Caribbean: Battle for Sunken Treasure, and Star Tours.  Most recently, she served as Associate Producer on Star Wars: The Rise of Skywalker.

She was raised in Littleton, CO, but her interest in film production was sealed after she graduated from Chapman University with a bachelors degree in Screenwriting.  Instead of pursuing a career in writing, she decided to dive into VFX production to help filmmakers execute their visions onscreen.  She continues to pursue her passion by managing large VFX teams and delivering content that clients (and audiences) will love for years to come.

Currently, she lives in Petaluma with her husband, Mitchell, and son,Tristan.