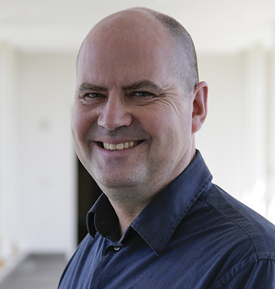 Raised in rural Australia, Ben Snow studied computing and film at the University of Canberra. He did a variety of work and traveled extensively before working as a runner for a computer graphics house in London. Snow later returned to Australia to set up the computer animation department for a company in Sydney, where he worked on commercials and broadcast indents and openers, including a computer graphics title sequence for the TV series, Beyond 2000.

Snow left Australia to join Industrial Light & Magic in 1994, where his first project was to help create the three-dimensional computer graphics image of the Enterprise B for Star Trek: Generations. This version had to intercut seamlessly with the motion-control model shot on ILM’s soundstage, one of the first such endeavors for a feature film.