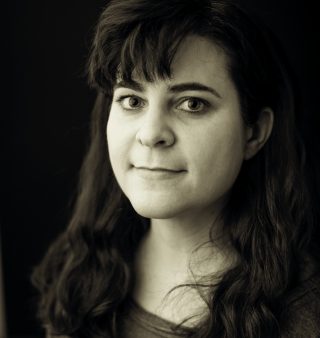 Amy Beth Christenson Smith experienced her first moviegoing moment with the original Star Wars film, inspiring her to spend her childhood drawing ships and creatures. In 2000, she began her career at LucasArts to pursue her passion for Star Wars and design.

Amy worked through eight Star Wars titles during the first eleven years, including a role as senior and lead concept designer for the games of Star Wars: The Force Unleashed series, designing most of the main characters. In 2011, she joined Lucasfilm Animation as a senior concept artist for the Emmy award-winning television series Star Wars: The Clone Wars and Star Wars Rebels. Amy took on the role of Art Director in 2015, leading the character, ship, and set designs for the television series Star Wars Resistance, which went on to win a Saturn Award.

She joined the ILM Art Department team in 2019, working on Star Wars: The Rise of Skywalker, ILMxLAB project Vader Immortal, and other film projects. She was one of three Lucasfilm artists to work with a team of Porsche designers for The Designer Alliance project.  As her hobby, Amy designs and fabricates her own fashion and costume designs. Her fashion design won first place at the Her Universe Fashion Show at San Diego Comic Con in 2014, and she went on to design a small fashion line for Hot Topic.